The 2014 Dodge Durango SSP (Special Service Package) is rated for support roles such as K9 patrol, search and rescue, security and railroad enforcement. Nothing unusual or exotic here, just a bit de-contented plus standard extras in the name of safety. 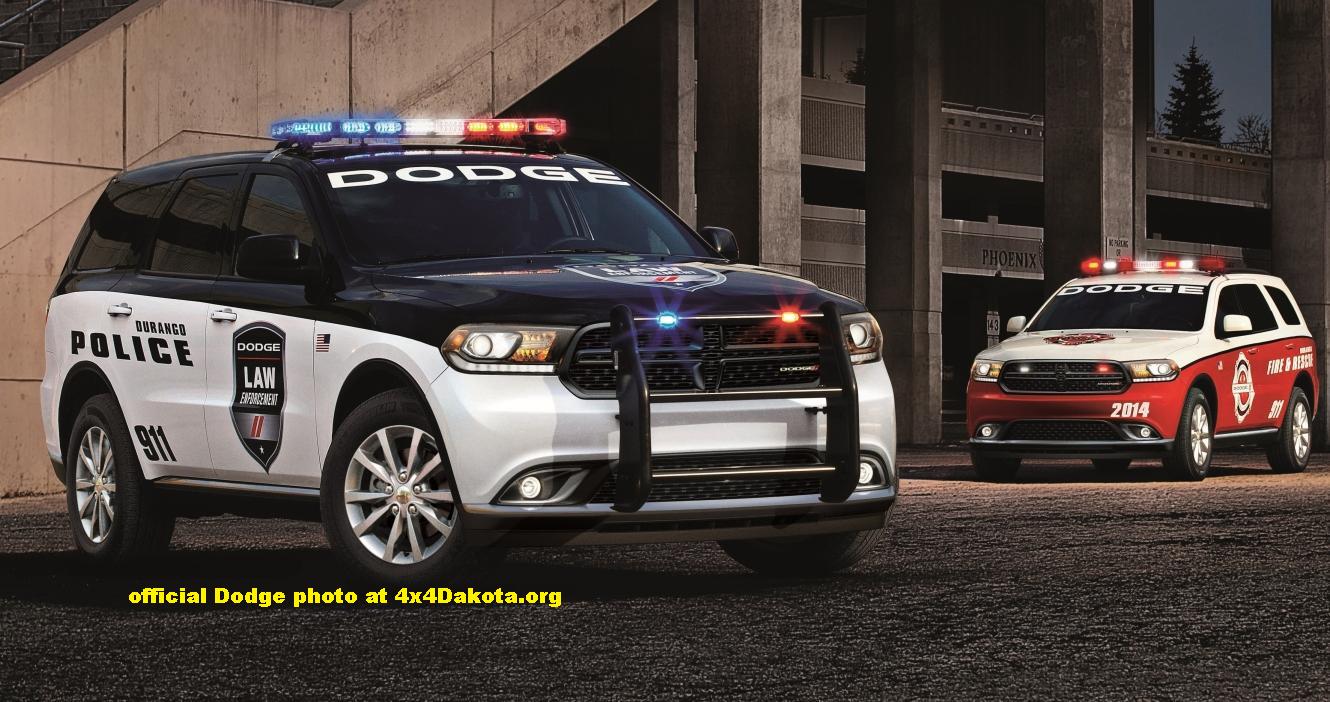 In addition to the many features standard on the new Durango, the Special Service model also features additional components designed for the rigors of daily fleet use, including a heavy-duty brake package, heavy-duty battery, larger-output 220-amp alternator, heavy-duty water pump and engine oil cooler and a load leveling suspension.

The Dodge Durango Special Service will be built at the Jefferson North Assembly Plant in Detroit. Chrysler Group fleet operations will start taking orders now, with production expected to begin in the fourth quarter of 2013.

A customizable rear cargo area with under-floor storage compartments and additional storage in the side compartments is unique to the Durango Special Service. Further modifications include a special service headliner and red and white interior dome lamp and spot lamp wiring prep. The Durango’s third-row of seats is removed to provide fleet customers more cargo capacity. Even with the deletion of the third row, the second row maintains separate air conditioning and heat controls.

These modifications make the already stout Durango more than capable of handling daily fleet use.

Named one of Ward’s 10 Best Engines for three years, Durango’s standard 3.6-liter Pentastar V-6 engine is paired with the new standard eight-speed transmission and generates an impressive 290 horsepower (295 horsepower on Rallye and Citadel) and 260 lb.-ft. of torque, and can tow up to a best-in-class 6,200 pounds. The V-6 powered Durango also features a best-in-class driving range of over 600 miles on a tank and up to 25 miles per gallon.

The available 5.7-liter HEMI V-8 engine produces a best-in-class 360 horsepower and 390 lb.-ft. of torque with a best-in-class tow rating of 7,400 pounds. The 5.7-liter engine’s Fuel Saver Technology with cylinder-deactivation seamlessly alternates between smooth, high-fuel-economy four-cylinder mode when less power is needed and V-8 mode when more power is in demand. Models with the HEMI V-8 engine achieve up to 23 miles per gallon.

The new instrument panel features a redesigned center stack that houses the new 5-inch and 8.4-inch Uconnect touchscreens. The bottom of the center stack houses a new media hub with an SD card slot, USB outlet and auxiliary jacks, as well as a storage bin. The new center console features a new segment-first rotary shifter for the standard eight-speed automatic that adds another level of refinement over the traditional gated automatic shifter. Manual shift functions have moved to paddle shifters on the back of the Durango’s new steering wheel.

The instrument cluster has also been given the high-tech treatment and now includes a full-color 7-inch thin-film transistor (TFT) screen similar to the one found in the all-new Dodge Dart. Standard on all models, this screen allows for drivers to customize more than 100 ways how information is presented.